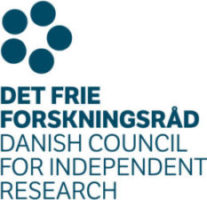 Aesthetics Unlimited, hosted by Roskilde University, is a new research network sponsored by the Danish Council for Independent Research. Collaborating with Séminaire d’Esthétique Européen the network specializes in field studies pertaining to aesthetics.

Aesthetics, no longer a foreign word by any means, has become a part of the fabric of late modern society and is used interchangeably to mean much more than art in the traditional sense, while the art world has simultaneously long since moved away from the classical ideals of beauty. The Aesthetics Unlimited network is motivated by a situation in which aesthetics has come to represent an increasingly wide-ranging area of study within the social sciences and the humanities that crosses the boundaries between society, art and culture in its most comprehensive meaning. In order to explore and understand the current, limitless extent of aesthetics, applying classical philosophy of aesthetics represents not just a relevant but an indispensable approach, both as a source and as a mirror of contemporary cultural issues. The core concepts of aesthetics, such as taste, judgment, the beautiful and the sublime, have been, since appearing and taking shape in the 18th century, a crucial part of the self-awareness of Western culture and can – in an updated form – impart an understanding of a society that, on one hand, reveres the aesthetic and the cultural more than ever, while on the other, makes it difficult to define aesthetics. In other words, the aim of the new network, which comprises members with backgrounds in philosophy, arts and performance design, is to advance a field of study that makes rethinking the aesthetics of our time possible based on its own philosophical and historical development. Moreover, by creating a cross-disciplinary, cross-institutional framework, the Aesthetics Unlimited research network is addressing the aesthetics challenges of today.